Loch Ard Gorge is one of the Great Ocean Road’s main attractions. It is a location with a beautiful, but tragic history. In 1878 it was the set for Australia’s most famous shipwreck. On the night of the disaster the passengers and crew had been having a party. After in excess of two months at sea without sighting land, the following day they expected to sail through the heads of Port Phillip Bay and into the port of Melbourne, where their journey was to end. As it turned out, it certainly was their last night aboard the ship, but not in the circumstances they anticipated. 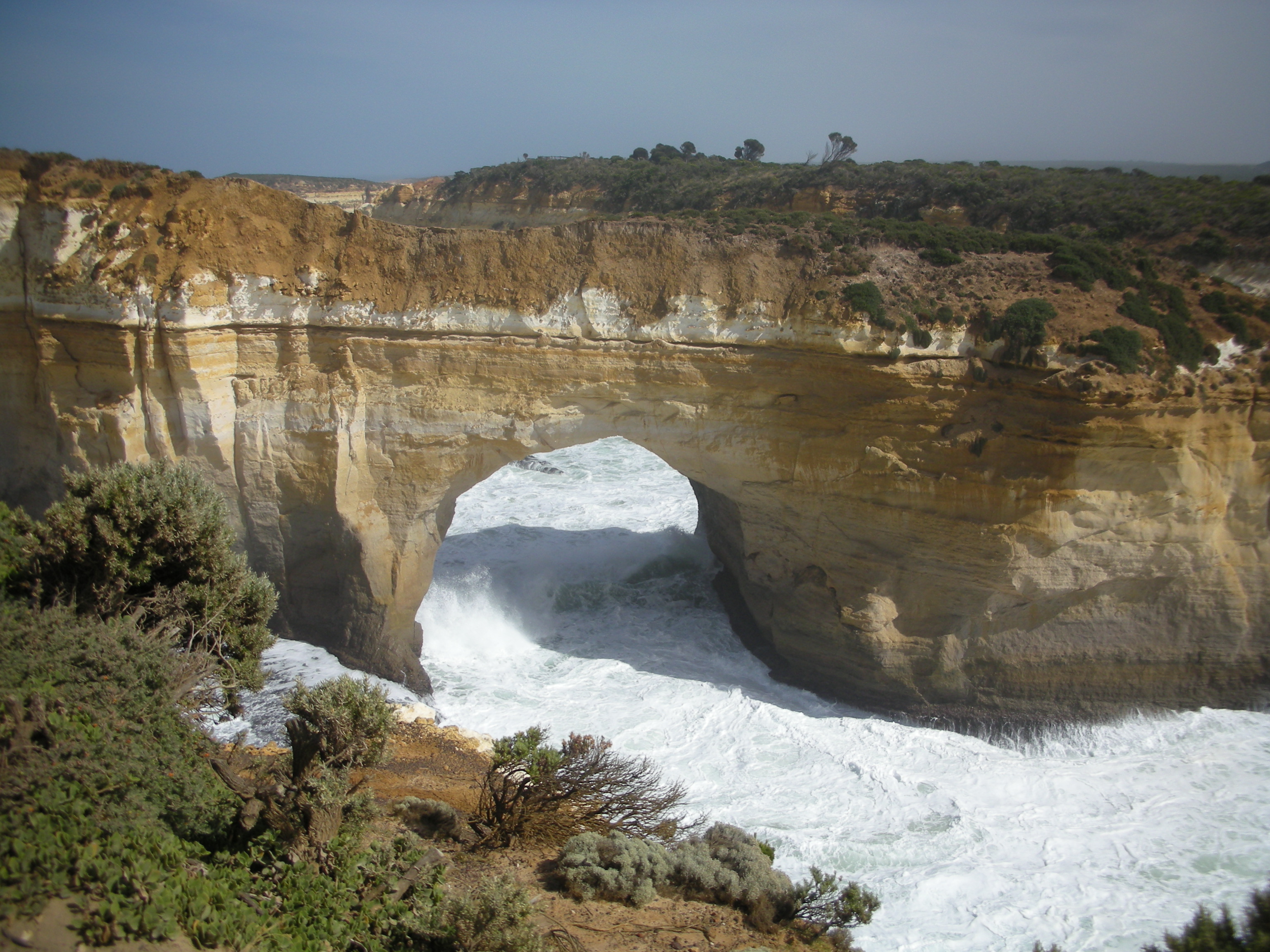 The Captain of the ship had not been in attendance at the party. He was well aware of the perilous nature of this section of coast and was on full alert. He hadn’t been able to take navigational readings for a period of some 36 hours, due to a thick mist surrounding the ship. When the mist briefly parted, they found that the ship was only one kilometer away from the shore. With the wind and the tides sweeping the ship towards the cliffs, the Loch Ard was already doomed.

At 4am, the ship crashed against the cliffs and rapidly sank. Of the 54 passengers and crew aboard the ship, only two survived.

The first survivor was an eighteen year-old Australian, named Tom Pearce. He was an apprentice officer and was in the process of trying to launch a lifeboat when he was swept overboard. Tom managed to hold onto the upturned lifeboat, and after 5 hours in the water was eventually swept into the gorge from where he managed to swim ashore.

Tom rested in the cave for a while, but later returned to the ocean and swam for a further hour to rescue Eva Carmichael. Eva was also eighteen years of age and was an Irish immigrant coming to Australia with seven other members of her family who all lost their lives in the disaster.

Tom dragged Eva unconscious from the water and laid her down in the cave, spending the night with her there before climbing out of the gorge and heading off into the nearby area looking for help. After 5 hours, Tom stumbled across some fresh hoof prints and followed them until he located two young men on horseback. The alarm was raised and the two were rescued. 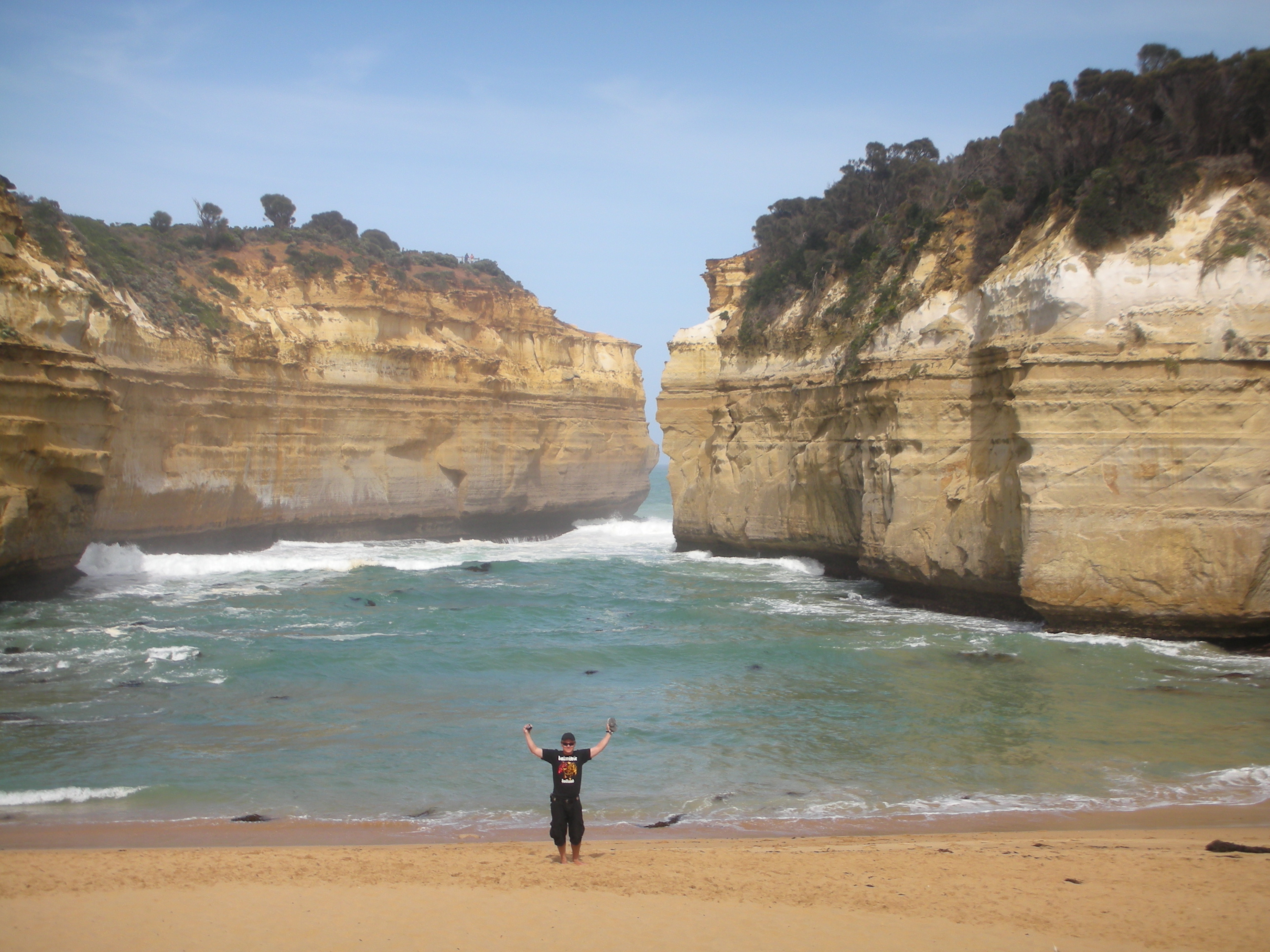 In the aftermath of the disaster, Tom and Eva were household names throughout Australia. Tom was a national hero. Eva was possibly the most pitied person in Australia’s history. Naturally, the press speculated about romantic possibilities and the national sentiment was that Tom & Eva should marry. After all, they were both 18 years old – in 1878 a perfect age to marry. There was also a feeling that they were destined to be together. They were cast up together, the sole survivors of the ocean – she was the damsel in distress, he the knight in shining armour. Surely fate had cast them together.

Also, there were further complications. This was 1878, Victorian times with Victorian era morality so despite the fact they were shipwreck victims, it was a very bad thing for an unmarried man and woman to have spent the night together, no matter how innocent the circumstances.

So, Eva lived until the grand old age of 78, was happily married and had three children. But poor old Tom, died at the age of 49, he had never married, but had become a ship’s captain and had survived a further 3 shipwrecks!

Tread in Tom and Eva’s footsteps on our Great Ocean Road Tour, though under much more amiable circumstances this time. It is a gorgeous location and is only enhanced when envisioned with the events that took place here.

04
Jun 2019
By greatoceanroadtourComments Off on Stories of the Great Ocean Road: Loch Ard Gorge