The Penguin Parade – A Marvel Of Nature

The Budding Wildlife Of Moonlit Sanctuary
The Place Where All Nature Comes Together: The Nobbies 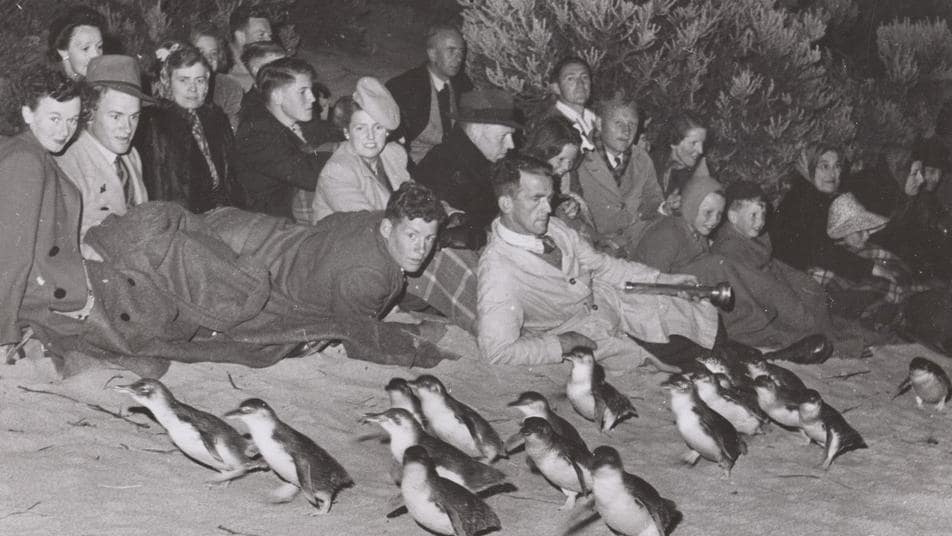 Phillip Island has always been an important place for the people of Australia. For thousands of years, the Aboriginal peoples of Australia made good use of the island. Its position in the ocean close to the mainland makes it a place where many forms of wildlife come together, and is therefore a great source of food. The local wallabies, fish and muttonbirds often made for a nice dinner.

In the 1800’s, European explorers and settlers first came to the area. Seal furs were a popular commodity among the rich in Europe, so the nearby Seal Rocks quickly became a popular destination for them. Halfway through the 1800’s, Phillip Island was first cleared of vegetation to be settled and for cattle to graze upon. The new inhabitants began to notice the occasional penguin waddling across the island at night.  Slowly but surely the new settlers started to figure out what was going on, and in the 1920’s the first group viewing of the little penguins was organised. Bern Denham, Bert West and Bert Watchorn lead tourists out to the beaches by torchlight to watch the natural spectacle.

More and more people began to observe the penguins, however fewer numbers would come to the shores over time. This worried and upset many visitors and people living in the area. In the 1930’s this lead to the first protection actions to ensure the penguins’ future. This protection was slowly expanded over the years, with certain areas becoming off-limits and safe viewing platforms being constructed.

What they do now 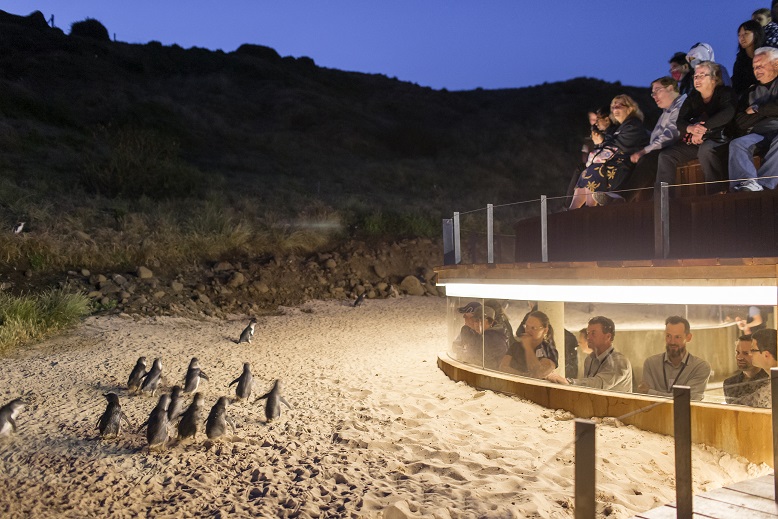 Currently, the Penguin Parade is one of the major tourist attractions around Melbourne. Safe viewings are organised almost daily and the penguins have been recovering in numbers, with large groups returning to the Summerland beach, especially during summer. It’s the true highlight of our Phillip Island Tour.

The Phillip Island Nature Park now has a clear purpose that it pursues on a daily basis: to protect nature, and to inspire people to actively protect the environment. To this end, the organisation has formed 3 key principles over the years to help guide them to a safe and prosperous future:

1. Nature conservation is paramount
2. Visitor experiences should be authentic and inspire action
3. Financial sustainability is key to their continued success

All profits generated by the Phillip Island Nature Park are now invested into conservation, research, tourism and educational activities inside the park. All these efforts will pave the way for an even better future for the little penguins of Phillip Island.