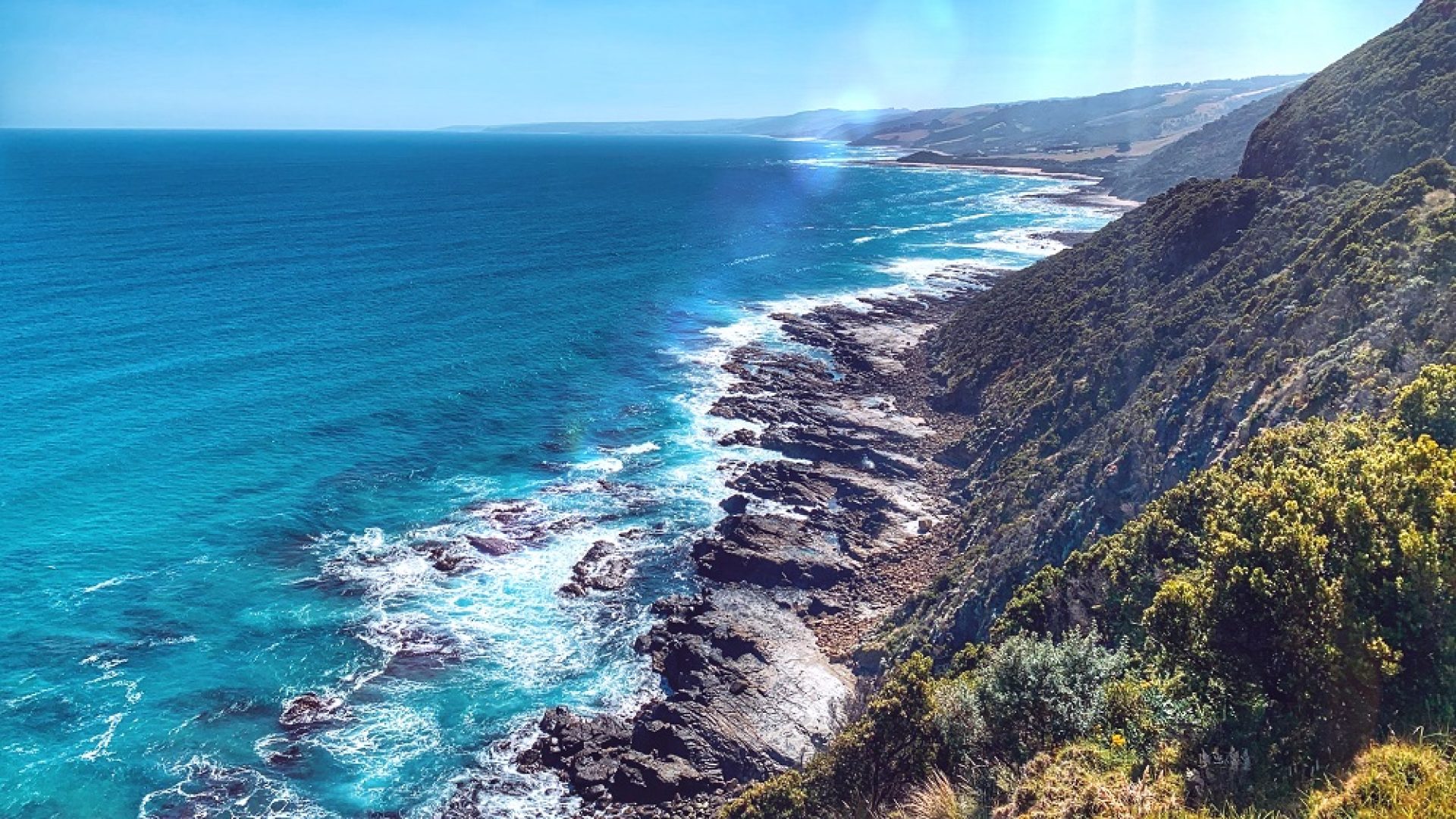 The Surf Coast on the Great Ocean Road

There are essentially 3 sections that make up the Great Ocean Road – The Surf Coast, Otway Rainforest/national park and the Shipwreck Coast. You can travel in either direction that you desire depending on the needs of your trip.

from Melbourne. Rip Curl and Quiksilver surf brands were both founded here and you can visit their factory outlets in town as well as the surfing museum. It’s a great place to learn to surf with multiple surf spots nearby. The Rip Curl Surf pro is held at the infamous Bells Beach here every March/April which is very close to town by car.

Keep driving along and you’ll come to the town of Anglesea and like many of the towns along the coastline it doesn’t have a huge population (roughly 2000 to 3000 people). Anglesea River runs through the middle and is a popular spot for stand up paddle boarding and kayaking. There are many nice beaches nearby for swimming also.

Keep cruising along and you’ll go through the town of Aireys inlet which is home to the Split point lighthouse and the Aireys inlet pub. There are a few cool stories surrounding these landmarks that you’ll be able to hear if on one of our tours.

Leaving Aireys inlet you’ll go past the home of the house from the 1st mad max movie – Fairhaven. Following this on the right you’ll come across the famous pole house and a little further down the road you simply must stop at Memorial Arch for a photo with the famous great ocean road sign.

After this point the Great Ocean Road starts to get a bit windy and VERY scenic as you travel along. After a bit more driving and a few stops at scenic lookouts for photos you arrive at Lorne which has fun stories involving the pub and also the pier. The area between Lorne and Apollo bay is said to be the most spectacular part of the road so those that aren’t driving need to have their camera ready!

There are a few small townships in this area such as Wye River and Kennet River where there are opportunities to spot wildlife (including Koalas!).

The town of Apollo bay was originally known for it’s Whaling, Sealing and Logging industries. Good news is the first two

industries are now illegal and all logging in the area now needs to be done on plantations. The town now is a very popular tourist destination and a popular overnight stop for many doing a multi-day trip in the area. Like many of the towns on the coast the population explodes during summer.

Marengo Reef marine sanctuary is visible just off the coastline of apollo bay and is home to a large population of Australian Fur Seals. From here the scenery will begin to change as you head into the Otway Rainforest and national park and temporarily head away from the coastline.

Make the surf coast a part of your adventures and book a Day Tour, Sunset Tour, 2 day tour or 3 day tour of the Great Ocean Road with us!